Trina is a currently a natural resource economist for Northern Economics, Inc. that is based in Anchorage, Alaska. She previously served as a consultant specializing in environmental and natural resource economics as applied to marine resource management and public policy development and implementation. She has worked for Battelle Memorial Institute, Woods Hole Oceanographic Institution and National Oceanic and Atmospheric Administration in Washington D.C., and has experience as a student, crewmember and science coordinator on both research and sailing vessels. Trina has a Masters in Marine Affairs and a Ph.D. in Natural Resource Economics from the University of Washington.

Erin is an experienced finance professional with specialized knowledge of non-profit accounting and compliance. She has held various finance roles since 2002, serving established and startup organizations in the tech and non-profit sectors. Erin earned her MBA at Washington University in St. Louis, and her BA at Mount Holyoke College. In her free time, she enjoys spending time with her family, skiing, sailing and enjoying the natural beauty of the Puget Sound region.

Debra has spent the past 20 years working in marine geophysics filling roles in operations and executive management. She is a former assistant instructor of the Hurricane Island Outward Bound School and has crewed tall ships conducting scientific research throughout the Caribbean, Sea of Cortez, and Pacific Ocean. Debra is currently working with Intellectual Ventures Lab, an organization devoted to invention and innovation. Debra holds a B.S. in Oceanography from Florida Institute of Technology and an MBA from the University of Washington’s Foster School of Business.

Bruce is currently active in several businesses part time, having left full time employment in 2003. He began his career in programming and programming management, and after ten years in data processing (as it was called at the time), he changed careers and joined Trick and Murray, the family office products and printing business in Seattle, eventually becoming its President and majority owner. He sold the business to Corporate Express in 1992, led the development of the Northwest Division, and later held the position of Vice President – Business Architecture until leaving the company in 2003. He then became involved in another family business, Lake Union Drydock Co., and is currently its Chairman, with a part-time role. He is also involved part-time with two software development companies in Denver. Bruce is a Seattle native having grown up in Madison Park. He received his college education at the University of Washington. He is an avid boater with annual cruises in the Salish Sea.

Alex is Senior Environmental Program Manager at Port of Seattle. Prior to working at the port, he worked for King County in transit planning, sustainability and climate change initiatives, and as captain and crew on King County’s Water Taxi, where he developed the Water Taxi’s environmental program. He is a licensed captain, having spent over a decade leading students of all ages on semester-long ocean education trips aboard tall sailing ships in the Great Lakes, and waters between Canada and Trinidad. He was also a fly-fishing guide in Alaska. Alex earned a Bachelor of Arts degree in biology from Wheaton College in Massachusetts, where he grew up, and a Master’s in Marine Affairs from the University of Washington in 2011. Alex loves living in the Pacific Northwest and is committed to experiential education, addressing the complex issue of climate change, and creating opportunities that inspire others to learn about science, the natural world, and themselves.

Caitlin is a communications professional with experience developing and executing marketing strategies for brands spanning the education, travel, lifestyle, and sports industries. With a B.S. in Chemistry from Harvey Mudd College, transitioning into the field of communications was an unconventional path. Leveraging her expertise in math and science helped established a data-driven framework for the work she does today. Caitlin was formerly a senior marketing manager for Gates Ventures, a Seattle think tank founded by Bill Gates.

Sally has spent the past several decades working to transform science learning for our youth, especially those who are underserved and underrepresented. She was the former co-founder and executive director of the National Science Resources Center of the Smithsonian Institution and the National Academies in Washington, DC, and the Washington Informal Science Education Consortium comprised of the Burke Museum, IslandWood, Museum of Flight, Pacific Science Center, Seattle Aquarium, and the Woodland Park Zoo. For the past several years, she has been working as a consultant specializing in capacity building, organizational development, fundraising, partnership development, and strategic and business planning as applied to non-profit management. Her clients include the University of Washington, the Hewlett-Packard Company, the International Society for Technology, and Smithsonian Institution National Museum of the American Indian.  She has been a high school science teacher, school district resource leader, and executive. Sally has a BA in Biology from Edinboro State University, and MS in Environmental Health Sciences from George Washington University. 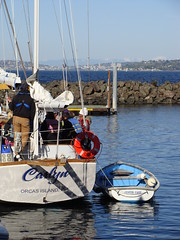 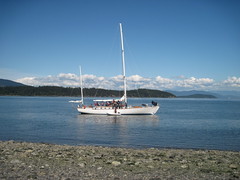 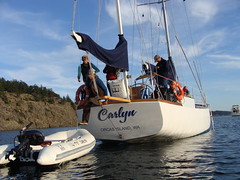 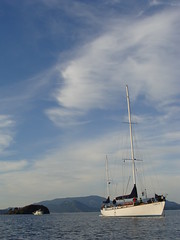 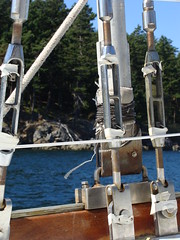